Of Stereotypes and Mediocrity

I have just had a heated discussion. I call it a discussion because it wasn’t an argument. But then again what do you have when you have a crowd of four, with two ladies, student lawyers at that- and two gentlemen- one an extreme result of modern day socialisation and patriarchy and another a learner in/of life, the kind that experience has taught better? ..I digress

So back to my situation:

The discussion was about men and women. With the motion being that women are extremely emotional hence men cannot deal and that there are some times that we have zero control over ourselves and our actions that we slip and fall and it is so bad that we get amnesia or rather, in a bid to protect our significant others, we keep it to ourselves.

Now, my friends (Can I call you that?)… here’s the thing.

I propound that these are stereotypes. They are created from the bad flesh of mediocrity. The ideas above come from the need to shift blame from oneself, a total failure to understand one’s feelings and oneself and the interaction of people that are broken hence instead of iron sharpening iron, we have brokenness interacting with brokenness- bad bad bad combination.

The thing is, stereotypes only exist because we do certain things so much, we become identified by these things. Sounds logical? True perhaps… And more often than not, we do what is mediocre or average so we only get recognised by our mediocrity.

A number of men, when younger were socialised to believe that expressing emotions is a girl thing. Thus, when they are marred by their emotions, the hide hide hide them then stifle stifle stifle them for so long that it becomes really hard for a man to express his emotions.

Girls were in turn socialised to show emotions, and be the fairer and more sensitive gender hence strength and endurance is definitely not their thing, instead, they cry when things are not going their way then march around, throw a tantrum and sulk. Then sprinkle this with silent-treatment and only get back to normal when they have their way.

This is pretty average if you ask me.

People end up in relationships that have downgraded to situationships. They become those situations, the type with people who are not talking to each other, one party because he does not understand what’s going on with him and the other one because she 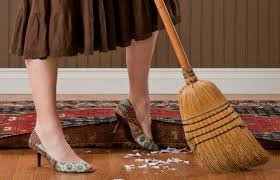 isn’t getting her way. Should this continue, they decide to bury the hatchet, literally, by sweeping all the anger, sadness, fear negativity, angst right under the carpet.

The effect of this is people fighting gory individual battles internally and even more painful battles externally, all while acting like they’re fine. But their carpets no longer lay flat.

Who you become, should you keep at hiding your emotions 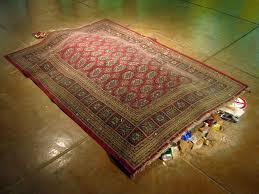 -not communicating in a healthy manner to your relation- is just sad. This negativity sent under the carpet makes one angry, bitter, doubtful, exhausted, frustrated, grinch-like… sad,… this list is endless (and alphabetical).

One begins to doubt everything that comes off and out of their partner’s mouth. One begins to feel numb. Suddenly, this person no longer does it for you. The heap becomes too heavy and too painful and y’all realise you do not recognise each other any more and for that  reason you quit.

This goes in one of these two ways: either keep on in the relationship, constantly hurting and paining or you leave never having actually dealt with the relationship-turned-situationship’s demons or your own demons. Then you walk into another relationship with your baggage.

That right there is nothing but toxicity.

Here’s how I am working away from my socialisation and my baggage. I deliberately choose to deal with things as they come, to be understanding of humans, to break away from the mound. I am fighting an everyday battle with myself to unlearn what I have been taught and to consciously be present in the ups and the downs of life because there is beauty in the struggle and ugliness in success. The ups make one complacent, there is no growth in comfort, one grows in struggle hence it’s beauty.

Deal with your problems NOW! -As soon as they appear. Learn how to pick your battles. Learn yourself. Hail, get a PhD in self love. How? Figure out what works and doesn’t work for you. Figure out your fundamental truths. What makes you tick and what gets you ticked off.

Figure out your tell. For instance, I hate hate hate small talk but when I am stressed, all I seem to be able to have with those I care about is just that, nothing but “hello, how are you?” replied with “I am good, you?”… then I go blank and circumnavigate to the same story tomorrow. I seem down, low and distant. And my friends, family and/ or boyfriend only seem to be able to scratch the surface. So this essentially rings a bell in their minds and they give me space- all while being there should I need to talk or blow steam or just chill.

Work toward relationships where you are genuinely free. Free enough to call out your partner when they are off…but with caution. Do this with actual genuine love and respect. Own up to your mistakes, apologise when you are on the wrong.

Lastly, always be above average, actually, in one of my favourite writer’s words, REFUSE TO BE AVERAGE… That way, the stereotypes, which by the way are not bad, start on a base above mediocre hence become positive as opposed to negative.

I shall be the first to admit that in as much as stereotypes are logical, they do need some editing.

I know it’s hard, and draining. I shall also admit that I have not mastered this. But I am willing to keep at it until I am only recognised by it.

Dare to be different