life , The Confessions Of An Attention Whore Mar 28, 2019 No Comments

This piece comes from a place of love and from empathy. I write it because I feel like I have so many words and they are gagging me, stuck at my throat and adamant at getting out…

I was once accused of being a loner.

I enjoy my company and peace of mind so much, some have branded me a loner. I am not a loner. I’m a lover, one who’s learned to fearlessly and vigorously guard my peace of mind and mental health. I’d rather be alone than give in to socializing to my detriment. I pick my battles very meticulously.

I’d rather choose my solitude over company that rubs my soul the wrong way.

In conflict, I’d rather get away, as far away as I can than confront and deal with anyone, especially when it’s not a battle I have chosen to fight. This is easy when the person in conflict isn’t near and dear. It’s particularly easy to up and run when the person, to you, is but a passerby.

It’s a tall order when the person is one held closer than a passerby and even harder when they are a friend. 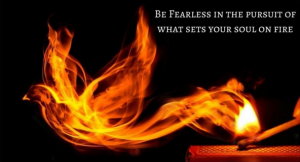 My friend is sad. You can read the sadness in our conversations, you can hear the conflicts in his heart.

Being who I am, his demeanor, his recluse, his extreme caution is tearing me down. It’s one of those feelings that feel as though glass is cracking, slowly but deliberately and definitely cracking. 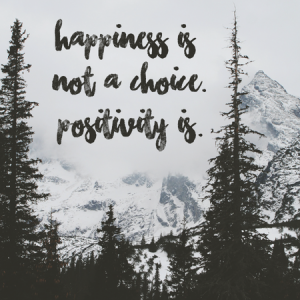 Be fearless in your pursuit of happiness. Every time I see this quote it feels as though whoever coined it was a con. Life operates both simply and complicated that this very quote is both extremely hard to pursue and extremely simple in meaning. Fearlessness requires at the very least some backbone to pursue.

The only way one can pursue happiness fearlessly is if they know themselves, know their purpose, know their whys and why nots. Only then can one understand fully what and who works for them and why. And they can then pursue them fully and completely without fear.

On pursuit, of your happiness, this means that there going to be guy wrenching decisions and hearts broken. So much that some pain and sadness becomes part of this pursuit.

I’m a strong proponent of the “choose those who choose you” gospel. This became a thing I adopted after going through many a tumultuous time. After getting my heart scratched and scathed so badly that it’s taken me years to learn how to love and trust again and admittedly, it’s still a struggle.

But with those I choose, I bleed when they bleed, mainly because their trials, triumphs, and temptations are mine. They are the monkeys in this circus of mine just like I’m the monkey in their circuses.

This means that when my friend is sad and closed off, I feel so helpless and sad myself. And choosing to be positive as my friend wants me to, becomes exceedingly hard when sadness is negative.

The Confessions Of An Attention Whore: Neutral is Negative