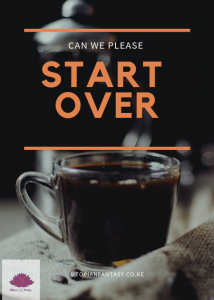 I used to want you so bad, now I want so much more than you that I’m not sure I even want you anymore. Even if I did want you, I’m sure I wouldn’t want what you were, not as  you were and probably not how you are now. Grow. I need you in your big boy pants. And maybe sometimes in no pants

I used to want you so bad, now I want me more than I do you. I’ve grown I think. Or maybe I’ve come to accept myself in my authenticity. I’ve had to learn how to you want me, only. No, I’ve had to accept that that’s what I’ve been wanting. Instant validation is a thing, one I actually want but only if it’s true and it’s honest.

I had every intention of not falling. Took every precaution available. I even shut myself off. Told myself I needed this phase when I probably was afraid of trying to be more than what I was bargaining for. These fears creep up on me and mask themselves as things I think I want. The mind is powerful.

I used to want you so bad.

But I played high level pretend and had us all thinking, myself included, that I was okay with pretending I didn’t want you to be mine. And no I didn’t wanna own you, I still don’t but I want us and us alone not us and the rest.

Can we start over?..

I’ve Got A Crush on you.